Ottawa – The Board of the Canada Games Council (CGC) is happy to announce Kelly-Ann Paul as the organization’s next President and CEO. Paul, a long-time senior leader of the CGC, will be stepping into her new role on November 29, 2021 with an exciting 16 months ahead, including two Canada Games scheduled in Niagara and Prince Edward Island in the summer of 2022 and winter of 2023, respectively. Further, Paul will lead the vision for the future of the Canada Games through its next strategic plan.

“Kelly-Ann has incredible passion for the Canada Games and has demonstrated her tireless commitment to the growth and enhancement of the movement,” said Evan Johnston, Chair of the CGC Board of Directors. “The Canada Games spark greatness among Canadians from coast to coast to coast, and that includes fostering great leaders. Our selection of Kelly-Ann as the next President and CEO is a testament to the Board’s respect for the knowledge and leadership she has displayed for the Games.”

“The Canada Games strengthen the fabric of Canada,” said Paul. “I’ve seen the power of the Canada Games and their ability to develop the best in people, both inside and outside of sport. The reward in working for an organization whose mandate is to develop Canada’s next generation of leaders through sport is immeasurable. The CGC is blessed with a tremendous volunteer and staff team. Working together, I am confident our experienced team will bring tremendous leadership, value and support to our Host Societies, as well as our government, sport and corporate partners who are all key to the success of each edition of the Games.”

Paul will replace outgoing President and CEO, Dan Wilcock, who is leaving the CGC on November 26, 2021 to move on to new opportunities, after leading the organization  through unprecedented times. Among other accomplishments, Wilcock’s leadership set a roadmap to implement an integrated approach to sustainability and strategic planning for the Games.

“I’d like to thank Dan for his passion and leadership through the challenging times we faced with COVID-19,” said Johnston. “The pandemic forced the first ever postponement of the Canada Games and Dan skillfully led us through that process. We are thankful to Dan for his contributions, especially in the areas of sustainability, diversity and inclusion, as well as overseeing the launch of the Canada Games’ incredible new brand. We wish him all the best in the future.”

“I have a tremendous affection for the Canada Games Movement and am grateful for having had the opportunity to lead the CGC through a critical time in its history,” said Wilcock. “I am particularly grateful to the CGC team for their expertise and dedication and wish them every success in the future.”

Wilcock is supporting the CGC in a smooth transition for the Canada Games’ future.

The Canada Games leave an indelible legacy of sport development and infrastructure in communities from coast to coast to coast. The Games are one of the most inclusive in the world featuring Special Olympic, para and able-bodied athletes representing their respective province or territory. The Games have become one of the primary developmental opportunities for sports in Canada with many athletes going on to the Olympics and Paralympics.

Passionate about the Canadian sport system, Kelly-Ann first began working in sport with Sport Canada in 2002. Kelly-Ann joined the CGC in 2004 and has worked in multiple capacities for the organization. She was named Director of Sport in September of 2009, and Senior Vice President in February of 2018.

A graduate of Queen’s University with a Bachelor of Science and a Bachelor of Physical and Health Education, Kelly-Ann also earned a Minor in French. She has served on a variety of volunteer committees, including experience at international single-sport events, multi-sport Games, as well as national, community and sport development associations. She was a member of Team Canada’s Mission Staff for the 2008 Olympic Games in Beijing, China.

A sport enthusiast, her sport background includes athletics and rugby at the varsity level. She hung up her rugby cleats and spikes in 2004 and began officiating rugby matches. Today, she finds herself enjoying kayaking, cross-country and downhill skiing.

Born and raised in Ottawa, Kelly-Ann is fluent in both official languages. She resides in the Ottawa area with her husband Tyler and three children William, Ariel and Ireland.

This is some text inside of a div block. 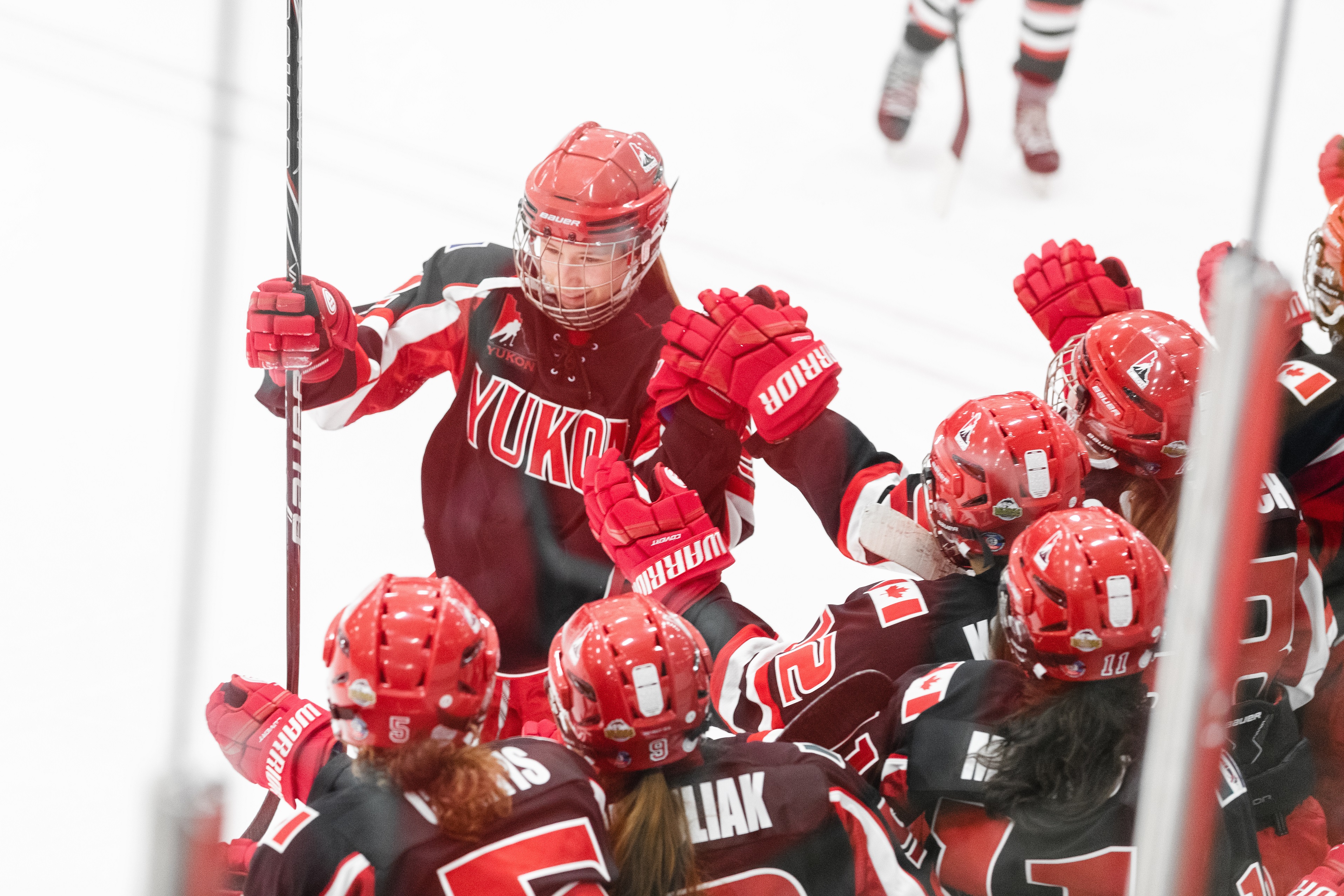 Canada Games alumni were front and centre at Saturday's Winter X Games in Aspen. Mark McMorris, who represented Saskatchewan at the 2007 Canada Winter Games in Whitehorse, defended his snowboard slopestyle title and won gold in the event for the fourth time in five years.

Canada Games alumni were front and centre at Saturday's Winter X Games in Aspen. Mark McMorris, who represented Saskatchewan at the 2007 Canada Winter Games in Whitehorse, defended his snowboard slopestyle title and won gold in the event for the fourth time in five years. 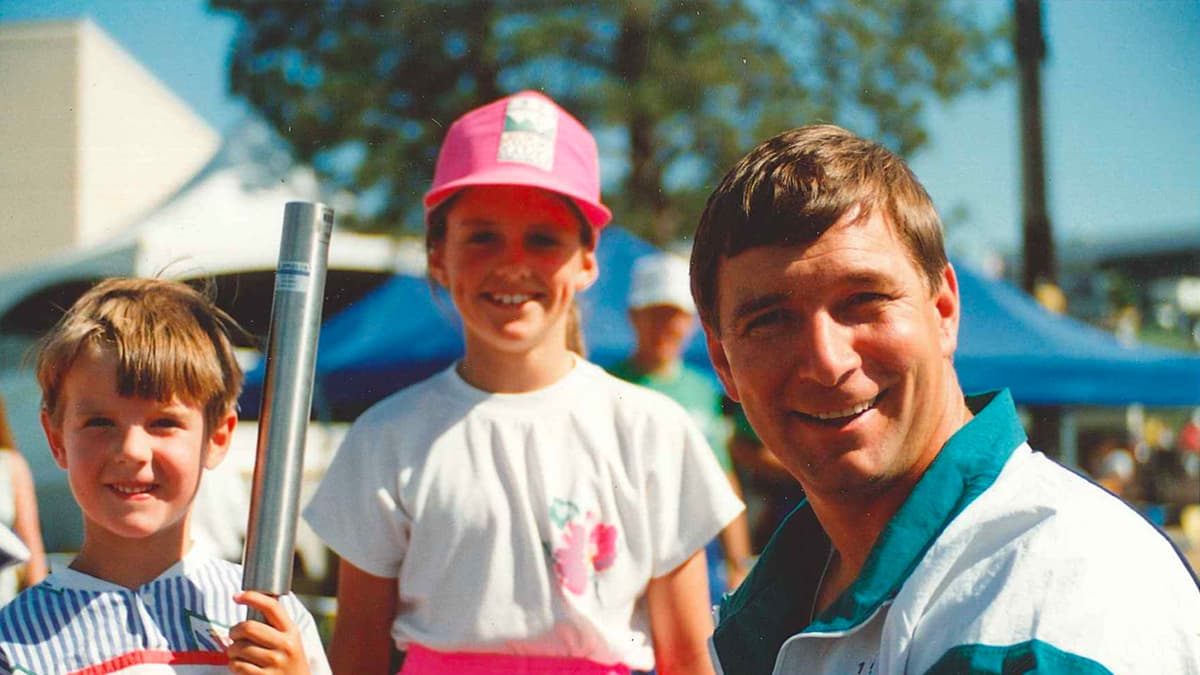 Without volunteers, our country’s largest multi-sport event wouldn’t even be possible, let alone capable of being the success that it is, and you don’t have to search far and wide to see why that’s true.

Without volunteers, our country’s largest multi-sport event wouldn’t even be possible, let alone capable of being the success that it is, and you don’t have to search far and wide to see why that’s true.